You are here: Home1 / Raising Money2 / Hell Yes, I Want to Invest in Your Startup!

I have some serious deal flow here, in Goldfish Tank. Roughly every other day, I get an unsolicited ping from a startup entrepreneur. And before I get critical, I want to give the proper kudos to them for having the cajones to ask for an investment. When I started my first company, Twistage, it took me two and a half years to raise dollar one. I ate a lot of peanut butter (high caloric density for the price) and hot dogs (one of the cheapest “meat” options) during that time. And it led to interesting conversations, like the one I had with my future in-laws when I called to get their blessing before proposing to my then-girlfriend/now-wife. Needless to say, my opener – though earnest – is not one that I’d recommend for most: “I realize that I haven’t had an income for two years, but I think I’m really, really close.” (For those who are curious, they said, “Yes,” and so did she.) 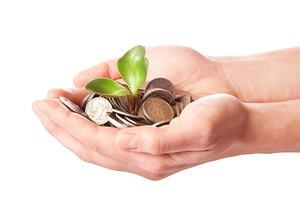 Let’s get this out of the way first: Cold emails suck. They are among the worst vehicles for raising money. Despite that, if you’re a first-time entrepreneur with a limited or nonexistent network of potential investors and you’re not sending cold emails, you should probably reconsider. Thanks to cold emails, I raised several hundred thousand dollars and connected with someone who would later be on our board. One of the investors, Shane, was a fellow Brown graduate whom I found on an obscure alumni message board. I looked under rocks and in daylight, too. In fact, Mark Cuban – yes, that Mark Cuban – turned me down. As you might expect, I met many, many more Marks than Shanes.

In a perfect world, you have the personal resources to fund your startup indefinitely. In a really good world, you have relationships with well-heeled people who believe in you, your vision and your ability to execute on your business strategy. But in the world that most first-time entrepreneurs inhabit, it can be really, really hard to find someone who wants to write you a check, much less a group of people. So as a first-time entrepreneur, you have to change your world. You have to expand your circle such that it begins to include accredited investors (people who, according to the Securities and Exchange Commission, are wealthy enough to invest) who buy into whatever it is that you’re selling. That means going to events, getting introduced to friends of friends – and yes, sending cold emails.

Now that I’m a startup investor in addition to being a startup founder, I’ve been able to get a new perspective on the hunt for money. Because everyone loves lists, I’m going to drop one on you right here. The top three mistakes I see when people send cold solicitation emails.

I get more of these than anything else. Two and a half years steeled my resolve, but it didn’t harden me. It made me more empathetic. I know what it’s like to believe in something only to have person after person tell you that you’re wrong. I feel a certain kinship with startup founders so I try to respond to everyone who sends me something. But what about when they send me nothing? Almost every day, I get at least one blank LinkedIn request from an entrepreneur.

“Hi David, I’d like to join your LinkedIn network.”

That’s it. There’s nothing else. Before I accept or reject the request, I will send a note back inquiring about the impetus for the invitation. 99% of the time, I get a response. Here’s an anonymized reply that I recently received:

Pardon me if I was mistaken, but I thought you may be interested in taking on a new challenge, by reviewing and possibly considering, my product for an investment.

Would it have been that hard to put that in the initial connection request? Journalists are taught not to “bury the lede,” i.e., don’t hide the main plot point of the article. Entrepreneurs should heed this advice. LinkedIn is a great tool and it’s never been easier to find and qualify potential investors. Don’t waste your opportunity by sending a boilerplate connection request.

Two days ago, I got an email, which I’ll again excerpt and anonymize:

Our seed round at XXXXXXX is 50% closed. We have over 20k pre-subscribed users, are already yielding revenue, and are projecting revenue 12mos tout o be near $1m/month.

We have also been able to garner some great press.

Here is a link to the presentation.

Let’s hop on a call to chat further.

When are you free this week?

When I received this email, I had never heard of the person who sent it to me and I had never heard of his company. Good for them for getting traction. But there’s so much wrong with this email. First of all, there’s a pretty egregious typo. I’m sure it was an accident, but I also suspect that this was a form letter, which means that everyone on the list – a list that was probably compiled over the course of months – got the same first impression. And you don’t get a second crack at a first impression. Measure twice, cut once.

To be honest, though, the typo wasn’t the first thing that jumped out at me. It was the tone. Did I know this person? It seems like we must have been engaged in a multi-month discussion about his business and this is the latest update. But this was actually the first email that I received from this person. Two big fixes could be made to this email. First, make sure you get at least one other person to proofread your email. Second, if you’re going to ask for thousands or millions of dollars from people, take some time to personalize the email. That might mean not using automated mailers, but the ROI will be much better if you treat people like individuals.

When you’re getting your startup up and running, it can be really difficult to keep track of all of the moving parts. Every day, you walk around with a tightness in your chest and an icky feeling in the pit of your stomach. I know the feeling, and I try to be understanding when people get buried under a pile of tasks and forget things. Even when your startup is somewhat established, there are weeks when everything feels like triage.

But when you’re asking someone for money/help/advice, it’s important to make sure that you follow up. Rewind a few months: I got a not-very-good email from a startup that was looking to raise money. I replied and said that the deal wasn’t right for me for a few reasons, which I enumerated. The CEO asked if I would be open to a 15-minute phone call and I was happy to oblige. On the day of the call, I get a note from the CEO’s partner that the CEO was not going to be able to do the call but that he, the partner, would fill in. These things happen. I was perfectly happy to chat with the other partner. Our call stretched past 30 minutes. While my position regarding an investment remained unchanged, I thought that there were a few introductions that I could make that could be useful to them from both a commercial and investment standpoint.

After the call, I made several introductions. And after that, silence. A few months passed and I was on LinkedIn, looking at someone in the context of a business development opportunity. I noticed that the CEO of the aforementioned startup was a first-degree connection. “Ah,” I thought, “all I wanted was good karma, but it seems like I can get a reciprocal introduction.” So I wrote an email to the CEO, inquiring about what happened with the leads I had given him and asking for an introduction to his LinkedIn connection. And then?

The sounds of silence…. It worked much better as a song by Simon & Garfunkel. There’s a saying that’s bounced around Startup Land for years: “If you ask for money, you’ll get advice. If you ask for advice, you’ll get money.” From my vantage point, this seems to convey that people don’t want to be valued for their money, but for their wisdom. Conversations, not transactions, lay the foundation for a relationship. There’s a reason that founders almost always have a “friends and family” round before seeking outside capital. They tap into the relationships that they have cultivated for years. This doesn’t mean that you can’t be forthright about being interested in an investment. However, that investment might not come until the relationship has been established. That takes time and effort. At the very least, you should be replying to emails.

Although I had struck out with Mark Cuban, I remained optimistic when I cold-emailed Jerry Colonna. Jerry was a former venture capitalist whose fund, Flatiron Partners, was the highest returning venture fund in New York during his tenure. When I first met him, he told me that he was no longer investing in startups, but that if he did, my business would have been interesting to him. I wasn’t going to see a dime from him, but he had a wealth of knowledge and experience as well as a calming demeanor. I was going to have this guy on speed dial for advice? Forget money, I had just won the lottery!

It was a little over a year later when Jerry woke me up with an early-morning phone call. I was groggy, having slept fitfully after trying to track down a bug in my code in the wee hours of the morning. “David,” he began, “I’ve decided to invest.”

BoringBack — Why a Boring Business Has Sex Appeal

My First Time (Being Invited to an RFP)

What Shark Tank Gets Wrong: Valuation

Why I Fired Kevin Costner: A Story About Marketing Your Business

I’m Not a Visionary and You Probably Aren’t Either

A vendor wrote your RFP. You won’t believe what happened next.

Kiss My aaS
Scroll to top